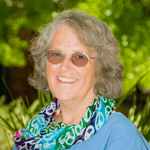 I am a child of the working class, the 60s, and the Pacific Northwest who has found her home in Oakland, California and SEED. I was five when my family left the high desert of Central Oregon for Seattle because my dad got a job as an airline mechanic. It was in Seattle that I saw my first television and was haunted by images of police dogs and fire hoses in the hands of people who looked like me. I was one of the first in our family to attend college. At a very polarized and political campus, I was involved in United Farm Workers' organizing and the anti-Vietnam War movement.

As a young mother, I moved to a suburb of Portland, Oregon, where I felt isolated in my convictions, but was the local contact for several campaigns: an anti-nuclear initiative, an infant formula abuse campaign, and the Equal Rights Amendment ratification. When my daughters and I came to Oakland in 1983 for me to go to graduate school, it felt like finding home. Oakland's diversity feeds my soul deeply, and I no longer felt like THE feminist, tree-hugging pinko peacenik. I love living next door to the People's Republic of Berkeley.

My husband and I each have two grown daughters and are blessed with four grandchildren. We are fortunate to be part of a very eclectic church committed to creating the Beloved Community envisioned by Dr. King. Our diversity is spiritual as well as racial, socio-economic, and in sexual orientation and gender identity. It gives me lots of chances to practice what SEED taught me as we struggle to live out our motto: "Where love is first."

I have a B.S. Degree in Sociology/Anthropology and Elementary Education from Western Washington University and a M.A. in Culture and Spirituality from Holy Names College.

I am retired after more than 30 years as an elementary and middle school classroom teacher, thinking skills teacher and librarian who has participated in many diversity trainings over the years. But training as a SEED facilitator in 1996 was different. I love the way there is space and support for education of the heart as well as the mind. I have facilitated a SEED seminar nearly every year since, and continue to do so at my current school, Tehiyah Day School in El Cerrito, California.

I began helping with the SEED library and postering shortly after my training and have assisted in the office for nearly 20 years. I was excited to expand the SEED library collection by including children's and young adult titles and to research and help create the Ally Project poster series.

SEED has given me the tools and processes to educate children to live in the diverse world they will inhabit, deepened my relationships with colleagues, helped me understand my own location as a working-class child who now lives mostly in a middle class world, and made me a better advocate and ally in the struggle for justice and equity.