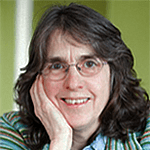 The National SEED Project has been a perfect place for me to land professionally after over 30 years of teaching and advocating for children and their families in private and public schools.

My experience as an educator began while attending Yale, when I volunteered as an assistant art and science teacher in the New Haven Public School system. During the summers, I directed community programs in Lancing, Tennessee.

I got my M.Ed from Lesley College/Shady Hill School and went back to teach in Lancing. During these years I was deeply involved in understanding socio-economics and class location for myself and others, especially children. I owe much in this work to my mentors at Haymarket People's Fund, where I learned that difficult conversations can lead to a depth of understanding that will impact lives for the better.

Returning to my native Massachusetts, I worked for two years as a Commonwealth Fellow with the Arts and Human Services Project, staffing a storefront stained glass studio/woodshop for deinstitutionalized mental health clients. It was a beautiful hands-on time in my life. Then I went to Maine to teach all subjects in the one-room schoolhouse on Little Cranberry Island.

After teaching woodworking in a variety of settings and getting an AFA from Boston University, I began teaching woodshop and health and coaching soccer at the Park School (pre-K through ninth grade) in Brookline, Massachusetts.

During these years, I adopted my first daughter from India. I now live with three adopted daughters from India and one adopted Puerto Rican daughter from Lawrence, Massachusetts. My four daughters are growing up in a world informed by SEED even as they inform my peace and justice work.

While at Park School, an African American mom and I gathered a group of parents and teachers that met once a month to discuss writings and films that might contribute to our understanding of the challenges and benefits for kids of color in primarily white private school settings. In the second year of the group, Park School sent me to the SEED New Leaders’ Week.

I quickly immersed myself in sharing stories and listening to my fellow teachers. For me, SEED training was a feast of human wonder where I learned to listen in a new way, even when I thought “nothing” was there.

I facilitated SEED seminars at Park for about six years. A couple of other SEED leaders and I then started the New England SEED Network, which has met at my home once a month since 1994. I also served several times on the National SEED summer staff.

Additionally, I was the Cambridge Public Schools’ first Family Liaison to the LGBT Community. That job held many joys and challenges, starting with a request from the Cambridge Public Schools principals to “do something” about name calling. I thus set out to research best practices for combating name calling, promoting family diversity and establishing gender freedom and nourishment in elementary schools. In 1998, there were not a lot of resources. I eventually became part of a group under the facilitation of Greater Boston PFLAG to develop lessons and supporting materials. After two years, we developed the Welcoming Schools Guide and program that has since been continued by the Human Rights Campaign.

I also held various gatherings for LGBT families, youth, and allies. One of these events, was CampOUT, an overnight farm experience, now in its 14th year.

Open View Farm, where I live now, grew out of the intention to create a place that was a fusion of CampOUT and SEED. At Open View Farm, we raise sheep, nurture people, and learn from each other and the land. We practice radical hospitality and nurture connection across a range of diversities, including race, class, and age.

I continue to look for opportunities to be part of circles exploring racism and economic justice. I have facilitated a "Sacred Conversation on Race" in my church community for several years. I feel blessed to partake in so many vital conversations and to have so many opportunities to grow alongside a variety of people as we engage in making the world a more just and peaceful place through deepening our understanding and taking thoughtful action.

Curricula, teaching methods, and workplace practices that are gender fair, multiculturally equitable, socioeconomically aware, and globally informed create the most effective environments for all people to learn and flourish.