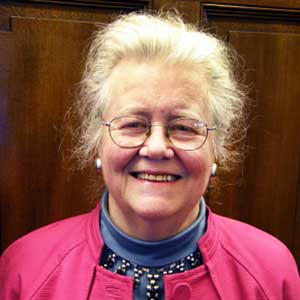 Peggy McIntosh's papers on White Privilege are the ones most cited on the subject around the world, according to Google Scholar. Publications that have mentioned her work include the New Yorker (5/12/2014) and the Washington Post (1/22/2016). She insists, however, that her work is "about my experience, not about the experiences of all white people in all times and places and circumstances." We therefore present two of her papers on privilege, together with her piece titled, "Some Notes for Facilitators on Presenting My White Privilege Papers," in which she explains her intentions and offers suggestions for how to use this work in a classroom or other group setting.

Here's what some SEED leaders have said about the impact of her White Privilege work:

Peggy's piece on White Privilege was transformational for me; it gave me a vehicle to understand my own experience and a way to communicate about race to colleagues, friends, family, and students, in a way that combined my individual experiences within the larger framework of institutionalized racism. Peggy's article on white privilege gave me the tools to break my silence regarding race, racism, and privilege.

This notion of privilege [in "White Privilege: Unpacking the Invisible Knapsack"] shifted my understandings of antidiscriminatory work by offering a theoretical framework for viewing the dynamics and structure of oppression which helped me see ways to address the racial hierarchy without getting stuck in blame, as I had seen others do in addressing discrimination.

I began reading "White Privilege: Unpacking the Invisible Knapsack," by Peggy McIntosh. I was shocked. I had thought a lot about racism and spoken out against racism but never had considered the possibility that I, as a white person, had privileges over non-whites because of my whiteness. I had to put the article down; it was, at first, too much for me to digest. A few days later, I picked it up again, read it slowly and by the end, I started to feel this shift in me. Not only was my perspective on racism making a jolting paradigm shift, but I realized that what I didn't know was immense.