Interrupting Injustice in the Wake of Brown v. Board of Ed. 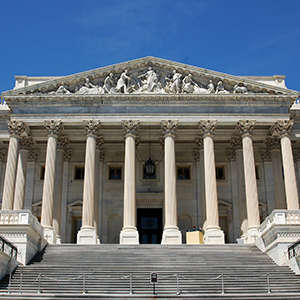 This Saturday is the 60th anniversary of Brown v. Board of Education, the landmark U.S. Supreme Court ruling that struck down racial segregation in schools. That was a vital moment in the history of racial justice, but did not necessarily lead to schools offering a multiculturally equitable education for all students. SEED Leader Bernadette Anand reflects below on how, 20 years after her town's board of education was told to integrate its schools, her English department used SEED to help create "a change from race-separated levels of grouping to a heterogeneously textured World Literature ninth grade course."

Twenty plus years ago I was invited by Emily Style and Peggy McIntosh to become a member of Willa Cofield’s SEED seminar group. Each month I eagerly traveled with Zora Neale Hurston, Adrienne Rich, Mark Gerzon, and James Baldwin, from my town, Montclair, to Seton Hall University in South Orange, New Jersey, to share dinner and much-needed conversation with colleagues about race, class and gender. I participated in telling stories about growing up as a White girl; I examined my White privilege, and looked into the poisonous roots of racism, all the while learning how I could be an interrupter of oppressive systems and not a reproducer — all under the skillful, gentle, honest guidance of Willa, and with the help of twenty other SEED partners.

It didn’t take long for me to realize that resistance and interruption to oppression were much needed right within the high school English department I chaired. While the school district integrated its elementary and middle schools, there was re-segregation of youth as they entered high school. Tracking, and the multiple ways it sent raced, classed and gendered messages about who is smart and whose literature was “classic,” resonated for me as we read “My Great Uncle’s Horse," by Lew Gardner, "Silenced in the Classroom," by SEED’s own Emily Style, and "Interactive Phases of Curricular And Personal Re-Vision with Regard to Race," by Peggy McIntosh.

It didn’t take long for me to realize that resistance and interruption to oppression were much needed right within the high school English department I chaired.

In 1992, twenty years after the town of Montclair’s Board of Education received a directive from the New Jersey governor to integrate its schools, twenty-two brave teachers from the English Department joined me in presenting a proposal to the Board of Education for a change from race-separated levels of grouping to a heterogeneously textured World Literature ninth grade course. After a long struggle, 250 ninth graders entered their newly designed multicultural English classroom along with Chinua Achebe, Paula Gunn Allen, Sandra Cisneros, William Shakespeare, and Zora Neale Hurston. Before joining the circle to share their first writings on My Name, they took notice of one special poster, an Emily Style gift, recently tacked to our classroom wall. It read, "Let us set the record straight." One student smiled to her companion and slid easily into her chair, ready to begin the journey.