Dare to be Courageous 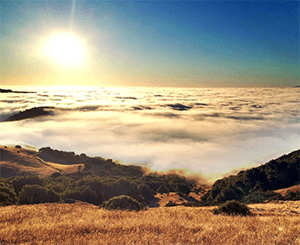 SEED leader and high school American history teacher Mary Jo Merrick-Lockett, a White woman married to an African-American man, writes about how SEED Founder Peggy McIntosh’s piece on White privilege and the experience of leading a SEED group helped her understand her own experiences with race and to communicate about race in a way that placed her story within the larger framework of institutionalized racism.

I have been told that I wear my heart on my sleeve and that people can read me like a book. Therefore, it came as a burden to feel that I had to hide part of myself. But at my work place, I felt I could not be as open or transparent as I would have been naturally. What was my secret? I had fallen in love with and married a sweet man who happened to be African-American. Today, one might think that would not be such a life-changing decision; one might also be wrong in making that assumption! However, the date was July 16, 1977, just ten years after the Supreme Court case of Loving vs. Virginia, which legalized interracial marriages. Years later, I read Peggy McIntosh’s piece, “White Privilege: Unpacking the Invisible Knapsack” in the summer of 1991 and it changed my life, both personally and professionally.

I grew up on a farm in rural Minnesota, just outside a very small town, population 136. My parents’ lives were circumscribed by the religious and societal expectations of our community; they also instilled in me a strong sense of commitment to community and social justice, which they would have called a good Catholic up-bringing. When I went to college I met Tom, my future husband, in my freshman orientation group. Though I was very interested in him, over the years I tried to break off our growing relationship any number of times because I was afraid to deal with my parents’ and community’s lack of acceptance. Eventually, I found the courage to confront my fears of rejection. We were married in my hometown church. I am sure there were more people of color in St. Thomas Catholic Church that day than before or since. It was a ceremony that declared our love and also one that welcomed the community’s acceptance, but was not dependent on it. So began my journey of increased internal strength.

At work my colleagues had family pictures prominently displayed; I did not. I felt I had to be a chameleon to be accepted. I was one of only three women in a very male-dominated social studies department of 22, and I was one of perhaps ten women out of 150 social studies teachers in the largest district in the state. I was hired in 1980 as a result of WEAL, Women’s Equity Action Legislation. In this small-town-turned-large-suburban-district, I found a number of great teachers and future friends. But I also experienced a great deal of resentment from some of my male colleagues. Therefore I made every attempt to blend in. A colleague once said of the American History staff, “Bill talks about basketball, Dennis talks about investments, Tom talks about his cabin, Dave talks about music, and Mary Jo talks about whatever anyone else wants to talk about.” Today, this statement would shock my colleagues because I have found my voice. However, silence was one of my survival techniques at the beginning of my career.

Usually when I tried to explain the pervasive and insidious impacts of race, I was at a loss for words, rather than sharing anecdotal incidents that people often minimalized and dismissed. Peggy’s piece on white privilege was transformational for me; it gave me a vehicle to understand my own experience and a way to communicate about race to colleagues, friends, family, and students, in a way that combined my individual experiences within the larger framework of institutionalized racism.

In 1991, after I had taught fourteen years, Cathy Nelson, Teacher of the Year in Minnesota, invited me to attend the National SEED leader training in Palo Alto, California. Her plan was to have those of us who trained with the National SEED Project become leaders in creating the Minnesota State SEED Project the following year. Cathy was a wonderful teacher, leader, and mentor who actualized her dream of founding the state program. It was at the national conference that I was first introduced to Peggy McIntosh and one of her pivotal writings, “White Privilege: Unpacking the Invisible Knapsack.” I remember being handed the reading, doing an activity with it, and leaving the session dazed. I wandered out to the sunny, grassy courtyard, sat down, and cried. The piece spoke to me in ways that I understood, but had not been able to articulate about the impact of race and gender on seemingly every aspect of my life. Usually when I tried to explain the pervasive and insidious impacts of race, I was at a loss for words, rather than sharing anecdotal incidents that people often minimalized and dismissed. Peggy’s piece on white privilege was transformational for me; it gave me a vehicle to understand my own experience and a way to communicate about race to colleagues, friends, family, and students, in a way that combined my individual experiences within the larger framework of institutionalized racism. Peggy’s article on white privilege gave me the tools to break my silence regarding race, racism, and privilege.

When I came back to school in the fall, I did one of the absolutely scariest things I have ever done — I invited the entire staff of 200 to join me in a seminar to read and talk about race, class, and gender so as to better understand ourselves and therefore serve our students better. What audacity! Would anyone respond? Who did I think I was to lead a group of colleagues who were mostly older than me? Years later, Audre Lorde’s quote came to represent my feelings at the time: “When I dare to be powerful — to use my strength in the service of my vision, then it becomes less and less important whether I am afraid.” Sixteen colleagues joined me for a yearlong seminar of reading, discussion, and growth. When they signed up there was no compensation other than personal and professional development. They told me they were learning more in SEED than they had in most of their graduate work. They convinced me to write a course proposal for college credit. Hamline University, a highly respected private liberal arts college, accepted the proposal. Since then state and national SEED seminars have been offered for credit.

Although the majority of the SEED participants were women, and were highly interested learning more about gender issues, it was the issue of race that seemed to motivate the group’s work. Our high school was the largest in Minnesota; it is located fifteen to twenty miles north of downtown Minneapolis and in the 1970’s had been considered a small town school. However, by the 1990’s it was being absorbed into the metro area as suburban growth sprawled ever farther outward. With that growth came an increasing number of students of color. Questions about how to accommodate the change in demographics were constant and growing. How intimidating for those students of color, mostly African-Americans, to come to a school with 3,300 white students and approximately 200 white staff!

It was the members of this initial SEED group of sixteen who became the core for many building and district initiatives that attempted to welcome, inform, and address the demographic and societal changes through curriculum changes, new courses, staff development, diversity clubs, and multicultural shows.

It was the members of this initial SEED group of sixteen who became the core for many building and district initiatives that attempted to welcome, inform, and address the demographic and societal changes through curriculum changes, new courses, staff development, diversity clubs, and multicultural shows. We even created a Future Educator Club in order to “grow our own” teachers with an eye on developing more teachers of color and broadening the education of white teacher candidates. At one point we had 60 SEED seminar members, the largest in the state, and half the members were students of color! Twenty-two years later, multiple SEED groups are still running in the district, SEED members have aided in embedding a wider perspective in many core classes, and we continue to provide staff development.

Personally, members of this first SEED group became some of my dearest friends and my core of support. I would “check in” with them to see if I was sane and to validate my own experiences. Now, after twenty-two years, many members of our initial SEED group still meet in an ongoing book and discussion club called Gone to SEED. Professionally, SEED, with Peggy’s white privilege writing at its core, gave me the knowledge and support to use my courage and skills to make a difference in the lives of my students and many of my colleagues. "Strong" was the one word one of my best friends used to describe me when playing a word game. I was hoping for something deeper, but I have come to appreciate her selection. According to Maya Angelou, “Courage is the most important of all the virtues, because without courage you can’t practice any other virtue consistently. You can practice any virtue erratically, but nothing consistently without courage.” SEED supported my courage to search and grow into the person I am. Is there any better gift that one can give or receive in the education process?