Circle Talk: "Is America Too Racist to Elect a Black President?"

Today is Pi Day (3.14), so in celebration of all things circular, we're posting an essay by SEED leader Beverly Bennett-Roberts about SEED's "circle talk," or "Serial Testimony." She explains how circle talk helped her lead her SEED group of educators — Black and White, and of different backgrounds and political affiliations — in a discussion of race and politics where they could find common ground. 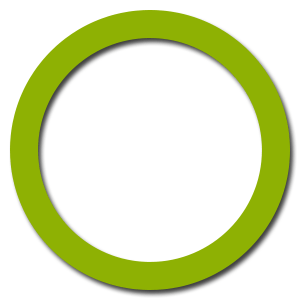 (For more on Serial Testimony, see also the essays "Serial Testimony as a Tool for Discussing Sensitive Racial Topics" and "Joining the SEED Circle.")

Circle Talk: "Is America Too Racist to Elect a Black President?"

2008 was an exciting year: an American Presidential election. During the Democratic primary, for the first time in American history, a White woman and a Black man were running for President of the United States. As Mr. Obama’s delegate count clearly secured his nomination for President, articles questioning America’s true feelings and sentiments about having a Black President were plentiful. One article that really piqued my interest as a SEED facilitator was a headline on the cover of a national magazine, asking, "Is America Too Racist to Elect a Black President?" As I prepared for an upcoming SEED group, that question became the topic for us to explore in our SEED circle.

Circle talk (known as Serial Testimony) is a SEED practice that provides the opportunity for each member of the circle to speak without interruption for a brief period of time, and to actively listen when others have their turn. It creates a time and space where participants speak their truth based on their individual experiences. Sometimes, each person in the circle chooses to speak. Sometimes someone chooses to remain silent.

The circle talk that ensued gave us a forum that allowed us to express our deepest feelings and sometimes disparate ideas freely.

In 2008 I was facilitating a second-year SEED group of twelve educators, eight of whom were White, and four were Black. Eight members were female and four were male. When participants entered the room I gave them copies of the article titled: "Is America Too Racist to Elect a Black President?"

The circle talk that ensued gave us a forum that allowed us to express our deepest feelings and sometimes disparate ideas freely. Each person felt heard. One person of color remarked, "Wow, here we go, I guess I should have known the race issue would take a seat front and center in this next election."

"No one asked about race for the 43 White presidents we've had," said another group member. The point was made that sometimes the same people who denied racism exists were making this an election about race.

Another person said, "Although I believe that America is too racist to elect a Black man for President, I’m thrilled that this is the topic of discussion, because I never would have fathomed I would live to see the day that a Black man would even come this close to being the next President of the United States."

The conversation about racism in America continued, and the talk ranged from comments about slavery to reactions to Obama’s candidacy. However, it was the following sentiment that turned out to be the one that brought our evening to a close. The powerful statement that caused us all to pause, and which bound us together as one was, "I just hope and pray that some crazy person won’t kill him."

As I watched everyone nod their heads in agreement and looked at the faces in the circle, I realized we had common ground. Regardless of our different experiences and ideas about race, we were fearful for Obama’s safety.

Although we came from various cultural and religious backgrounds, were different ages, races, and genders, and although we didn’t share the same political affiliations, we ended our evening with respect for each other and appreciation for our time together. Circle talk was instrumental in helping to facilitate a discussion on racism — a discussion that had the potential to be volatile and hurtful — but instead helped to create an open and honest dialogue, and we reached common ground.