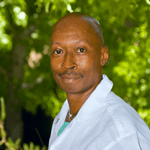 SEED staff member Donald Burroughs will be joining award-winning writer Junot Díaz in Cambridge, Mass., tomorrow, January 30, for a panel discussion after the performance of Fanshen Cox DiGiovanni's one-woman show One Drop of Love. This multimedia show, written by award-winning actor, producer and educator Cox DiGiovanni, and produced in partnership with Ben Affleck and Matt Damon, travels near and far, in the past and present, to explore racism, family, love, and a path towards reconciliation. The panel will be moderated by renowned public radio producer Kate Ellis.

The evening is a benefit for the Kimbrough Scholars Program of Cambridge Rindge and Latin School (CRLS), created in honor of Les Kimbrough, a long-time CRLS educator who was dedicated to issues of social justice. The program pairs Northeastern law students with CRLS high school students in resurrecting Jim Crow and Civil Rights era cold cases in search of justice for the victims.

In addition to being a SEED staff member, Burroughs spent 25 years as an English language arts teacher CRLS. Most of his time there was as a faculty member of CRLS's democratic alternative school, the Pilot School. A graduate of Boston College, Donald received a Conant Fellowship and earned a Master’s Degree from the Harvard Graduate School of Education in 1996. In 2011, the Cambridge chapter of the NAACP awarded him its coveted Education Award. Read more about him on the SEED website.

Fanshen Cox DiGiovanni is currently touring One Drop of Love. She has been featured in the New York Times and on NPR as a spokesperson on using the arts to explore racial identity. She served as a Peace Corps Volunteer in Cape Verde, West Africa, and has designed curricula for and taught English as a Second Language to students from all over the world. She has been honored with the Peace Corps’ Franklin H. William Award, and with Peace Corps Fellows and Hollywood Foreign Press Association scholarships. She holds a BA in Spanish and Education, an MA in TESOL, and an MFA in Acting and Performance in Film, TV and Theater. She is also a proud member of Ensemble Studio Theater/LA Playwrights Unit, and a co-curator of MixedRootsStories.org.

Junot Díaz was born in the Dominican Republic, raised in New Jersey and is the author of Drown, The Brief Wondrous Life of Oscar Wao, which won the 2008 Pulitzer Prize and the National Book Critics Circle Award; and This is How You Lose Her, a New York Times bestseller and National Book Award finalist. He is the recipient of a MacArthur Fellowship, PEN/Malamud Award, Dayton Literary Peace Prize, Guggenheim Fellowship and PEN/O. Henry Award, among other accolades. A graduate of Rutgers College, Díaz is the fiction editor at Boston Review and a professor at the Massachusetts Institute of Technology.

Kate Ellis is a public radio producer who has worked on numerous documentaries for American RadioWorks, the national documentary unit of American Public Media. Her programs include: State of Siege: Mississippi Whites and the Civil Rights Movement; Say it Plain: A Century of Great African American Speeches (winner of the 2006 Unity Award for Public Affairs/Social Issues reporting); Thurgood Marshall Before the Court (winner of the American Bar Association’s Silver Gavel Award) and King’s Last March, which chronicle’s Dr. King's last year of life. Ellis co-edited the book/CD sets, Say it Plain and Say it Loud, along with the oral history anthology After the Fall: New Yorkers Remember September 2001 and the Years that Followed. Ellis holds a Ph.D. in anthropology from Columbia University, where she researched the competing ways older African Americans and whites in Louisiana remember the Jim Crow era. Her study is featured in ARW’s documentary, Remembering Jim Crow.